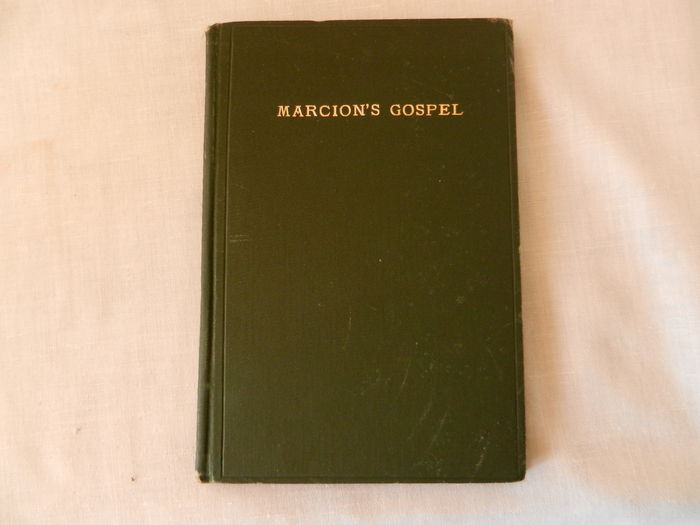 Marcion of Synope has long been considered a heretic by all Christian churches. He is frequently grouped with the Gnostic trends of Early Christianity, although this is not entirely accurate. While he made a handsome financial contribution to the Church of Rome, he was eventually excommunicated. Yet, even if his doctrines can seem extravagant, contradictory, alien to modern values, and even anti-Semitic, his theology is relevant in our contemporary world because of the ever-growing threat of religious violence and fundamentalism. In his attempt to cleanse Christianity of its Jewish elements, Marcion set the bases for a critique of the cult to a violent God and the divine inspirations of violence. Marcion believed that the Old Testament God (Yahweh) was, in fact, the same as the creator or the material world, from which we must escape. He contrasted that God’s violent deeds with the peaceful nature and character of the New Testament God.

Ever since the attacks of 11 September 2001 in New York City, historians, sociologists and politicians agree that a religious awakening is currently taking place, which, unfortunately, is also leading to religious violence from all three monotheistic faiths.

Scholars raise the question as to what is the origin of this religious fundamentalism that ultimately leads to violence? We must not lose sight of religion in explaining this phenomenon.

It would be a mistake to believe that religion is merely a circumstantial cause of this type of violence. The way in which specific religions represent God has deep implications in terms of how much religious violence occurs as a result thereof. The theologian Barbagglio (1992:5) explains:

It is well known that religious symbols influence the codes of behavior, to the point that a religious community will keep some homogeneity to its God; if the community believes its God is violent, even if it is for noble and just causes, then the community itself will be violent.

One would expect contemporary groups that appeal to religion to justify violent actions to attribute a violent trait to their God. This violence could either be mundane (God intervenes in history to carry out the violence), or eschatological (God waits for the end times to carry out violence as punishment). The same God may order violence by means of rigorous laws, or may exhort military campaigns. It is debatable whether the sacred books of Judaism, Christianity and Islam represent a violent God. It appears that some images of a violent deity occur in the Hebrew Bible, the Christian Bible, and the Qur’an. Yet, the main difference is how the texts are interpreted.

Given all the religious violence taking place in many parts of the world at present, it is wise to consider the legacy of an obscure character from the 2nd century CE, Marcion of Synope. Christianity views him as one of the greatest heretics; yet, his philosophical and theological concerns have become especially relevant at a time when the violent image of God is reappearing. Nowadays, Marcion is remembered as an author who engendered a theological and philosophical system that was too extravagant, if not contradictory. But, at the same time, he was one of the first Christian authors to consider the problem of a violent God and, by extension, the violence that such an image inspires. As opposed to many of the contemporary religious fanatics who are willing to kill in the name of God, Marcion was not willing to worship a deity that commands genocides, punishes severely, and imposes rigid laws.

Marcion tried to conceive a variant of Christianity that would not worship a violent God. To do so, he excluded from his religion the deep Jewish legacy of the Christian religion. Although Marcion defended many religious ideas that are currently deplored, he at least attempted to dissociate the sacred from violence; this is very relevant in our contemporary society, which is plagued by religious violence. This article addresses the problem of divine violence as one of the prime motives for the historical rise of Marcionism, and how this theological system, although widely considered as heretical, could make a meaningful contribution to world peace… [+]