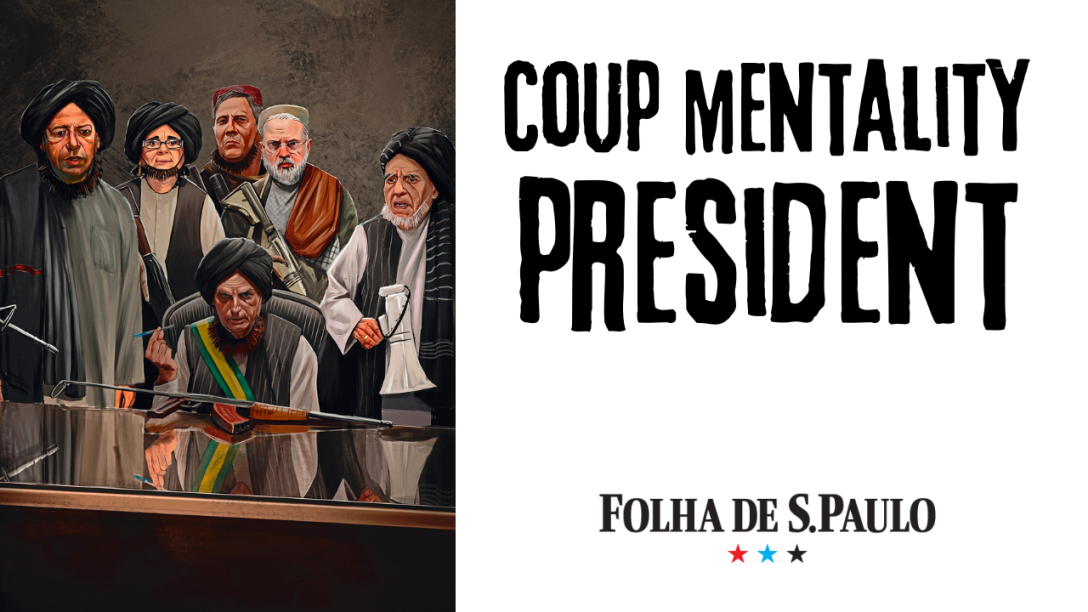 Bolsonaro bargains with Congress for freedom to attack democracy; this has to end

The President of Brazil is working hard to destroy the periodic elections in the country. As his success is unlikely, his second line of fire is to disrupt national civic life, which does not exclude the incitation of riots and uprisings.

He must be stopped by the living forces of democracy.

State organizations that have built a reputation on top of their professionalism over the past few decades are currently mired in the mud of the authoritarian march. The Armed Forces and Itamaraty are involved in conspiracies against electronic ballot boxes.

It was up to the Chancellery to invite dozens of foreign ambassadors for an unusual attack, filled with recurrent lies, from the head of state to the top of the Judiciary of their own country. Brazilian diplomacy is reduced to the pits of coup mentality connivance.

The President of the Senate added a few words of good political sense to the very serious onslaught. The time for debating the voting system is over. The amendment that established the printing of the ballot was defeated in the Chamber.

The president of the House of Representatives remained silent, as he has been silent about the impeachment requests piling up in his drawer. An accomplice to a head of government who, in Folha’s opinion, has long since lost the conditions to remain in office, he accommodates himself to the matching of interests with the Planalto (Government Headquarters), which transfers to him the control of the budget execution.

Money in exchange for tolerating Bonapartism —this is the pact that sustains the Brazilian President in the National Congress.

The ruler does not spend energy on programs, does not enter the parliamentary game to promote public policies, and does not fight for the management priorities. He hands over the taxes levied on Brazilians to the clientelistic looting as long as they leave him free to machine-gun down the underpinnings of the democratic Charter.

It’s a dangerous game. It accredits the call for fascistic rebellions in the event of electoral defeat. It flirts with the bayonets that the tyrant would like to use at the first opportunity. Representation succumbs to rebellions; Parliament dies under the bayonets.

It is with the political community, therefore, that the reaction against the subversive escalation of the President needs to start. All party leaders owe an urgent expression of unequivocal appreciation for the ground rules of democracy.

The voting will take place via the electronic ballot box, the results will be abided by, those elected will take office on the scheduled dates, and the dissatisfied losers will have the sole option of the judicial appeal as a way to express their grievances. Violence and turmoil will not be tolerated.

Enough of negotiating with promoters of the dictatorship.

Why Hate Is Fuelling Politics | The Economist