The Guardian, March 13th, 2015 A new orthodoxy, led by Pinker, holds that war and violence in the developed world are declining. The stats are misleading, argues Gray – and the idea of moral progress is wishful thinking and plain wrong For an influential group of advanced thinkers, violence is a type of backwardness. In… END_OF_DOCUMENT_TOKEN_TO_BE_REPLACED 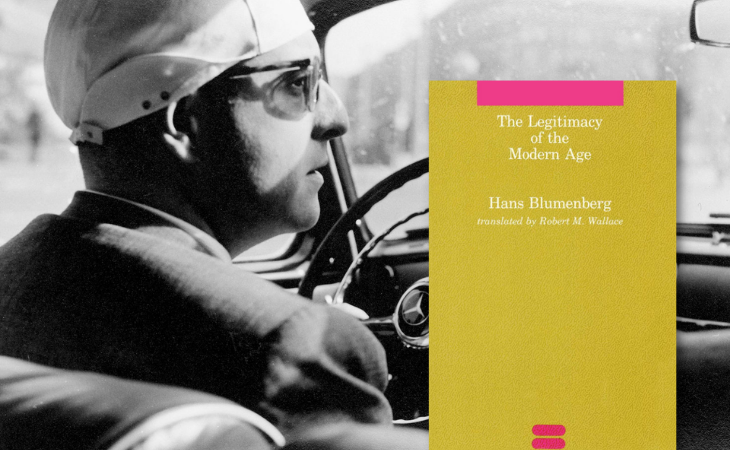 Hans Blumenberg's The Legitimacy of the Modern Age is a book that rethinks both the substance and the process of Western intellectual history in a remarkably thorough and original way, shedding light on some of the most difficult questions of our time. Die Legitimität der Neuzeil was published in 1966, the first major work of… END_OF_DOCUMENT_TOKEN_TO_BE_REPLACED

THE HUDSON REVIEW, Autumn 2012 The Progress of Irony An idea’s initial burst sometimes possesses a value that is masked by subsequent corrections. This is, no doubt, one of the reasons Cioran did not publish this text. The first version (ms. 242), published here, is, as a matter of fact, more finished than the second,… END_OF_DOCUMENT_TOKEN_TO_BE_REPLACED

A great American poet, John Ashbery, wrote that tomorrow is easy, but today is uncharted. He put his finger on our real weakness. It is not our ignorance of the future which is incurable. It is our failure to understand the present. Our view of the present time is overlaid with after-images from the recent… END_OF_DOCUMENT_TOKEN_TO_BE_REPLACED

The New York Times, December 15, 2013 If there was ever a time to think seriously about failure, it is now. Costica Bradatan is an associate professor in the Honors College at Texas Tech University and the religion and comparative studies editor for The Los Angeles Review of Books. He is the author of the forthcoming Dying… END_OF_DOCUMENT_TOKEN_TO_BE_REPLACED

VICE Magazine, Mar 28 2013 Yes, we have drones and vaccines, but that doesn't mean civilisation is progressing. Haven't we humans come such a long way? In the past 200 years alone we've managed to abolish slavery (by moving it to the sweatshops of the Third World), rid our lives of industrial pollution (by moving… END_OF_DOCUMENT_TOKEN_TO_BE_REPLACED