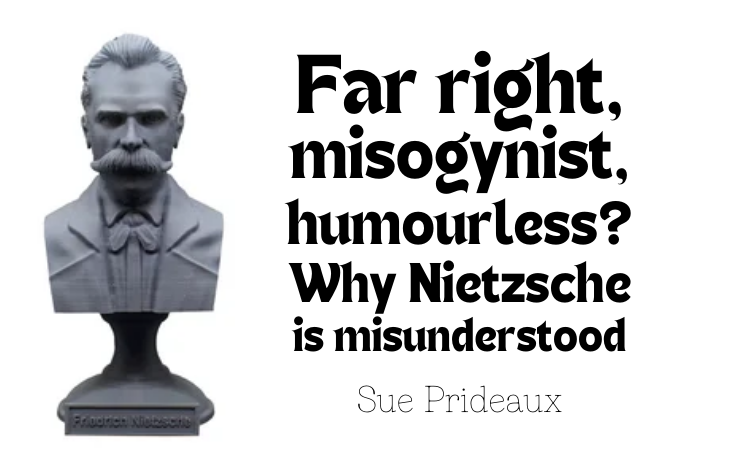 The Guardian, 6 October 2018 The German philosopher has been adopted by the alt-right, but he hated antisemitism. He has been misappropriated and misread, argues his biographer Friedrich Nietzsche, Karl Marx and Charles Darwin are the great triumvirate of 19th-century thinkers whose ideas still have huge impact today. Nietzsche was philosophy’s supreme iconoclast; his sayings include “God is dead”… END_OF_DOCUMENT_TOKEN_TO_BE_REPLACED

THE GUARDIAN, 25 October 2020 By Tim Adams What’s it like to be a cat? John Gray has spent a lifetime half-wondering. The philosopher – to his many fans the intellectual cat’s pyjamas, to his critics the least palatable of furballs – has had feline companions at home since he was a boy in South… END_OF_DOCUMENT_TOKEN_TO_BE_REPLACED

The Guardian, 25 Apr 2019 Ioana Cîrlig captures life in the towns of Romania that were heavily industrialised under communism, but have been left adrift after the 1989 revolution and the transition to a market economy Petroșani, the Jiu Valley coal mining area, 2014 These towns, which thrived under communism, have been dramatically impacted by the… END_OF_DOCUMENT_TOKEN_TO_BE_REPLACED

The Guardian, April 28, 2001 This paper does not mean to cover all the positive and negative aspects of the exile literature, a particular kind of literature; it is not a bird’s eye view of this kind of literature, globally speaking. It insists on the way the exiled is accepting the new language, internalizing it, transposing… END_OF_DOCUMENT_TOKEN_TO_BE_REPLACED